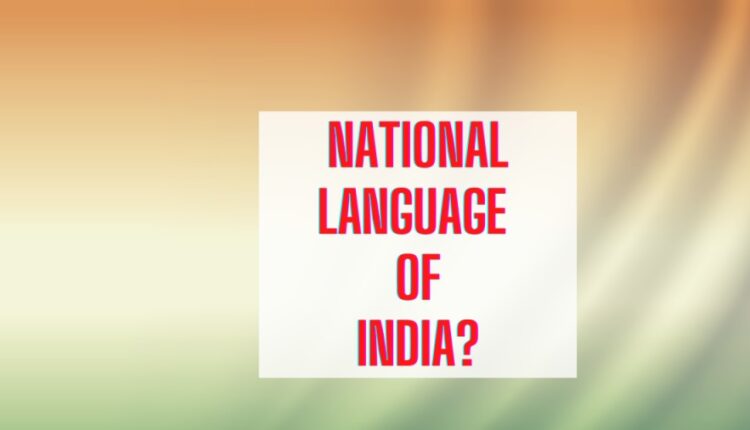 India has a diverse ethnic culture, customs, and language. Different ethnic groups in India speak a wide range of languages. This is true in every sense; thus, it makes sense. India, a union of 28 states plus 8 union territories, has a wide range of languages that shift every few kilometres. However, India does not have any national language. An official language is different from a national language. You will learn more about popular National Language of India from this page.

The National Language of India

According to Article 343(1) of the Indian Constitution, Hindi written in Devanagari shall be the official language of the Union. For all official purposes of the Union, the internationalized form of Indian numerals should be used.

In the Indian parliament and government buildings, only Hindi or English is permitted for official business. English is the official language that may be used across the country for legislative sessions, correspondence between the Central and State governments, and legal actions.

According to Article 343, the Central Government exclusively interacts in Hindi with the states within the Hindi Belt.

English should be used as an Associate Official Language when communicating with the States.

The term “national language” refers to any language that is spoken by a large part of a nation’s population. It has political, cultural, and social functions. The government or legislature frequently acknowledges and adopts the language used for official action, such as in the national court, parliament, or for business reasons.

After several adjustments, the additional languages were finally included; initially, only 14 languages were shown. Check out the complete List of National Language of India that are recognised under the Indian Constitution.

Ans. Although it is an official language, Hindi is not the national language of India.

Q Which languages are most widely used in India?

Ans. The most widely used languages in India are Hindi, Bengali, Marathi, Telugu, and Tamil.

The sectors that benefit the most from online education

The sectors that benefit the most from online education

The sectors that benefit the most from…